A conversation with Steve Brown can be like trying to conduct a sober interview with a certain cartoon Tasmanian devil. The MADfather is living proof of the phrase “If you want something doing, ask a busy person”.

We are a few days after ‘The Dawn’ of the competitive operation of MAD (Modern Amateur Darts) and I enquire how Steve thinks things went.

“Let’s say you could sum it up as perfectly imperfect,” Steve says with a Bristolian chuckle.

“It showed our product well and also proved to me that we were resilient under pressure”. 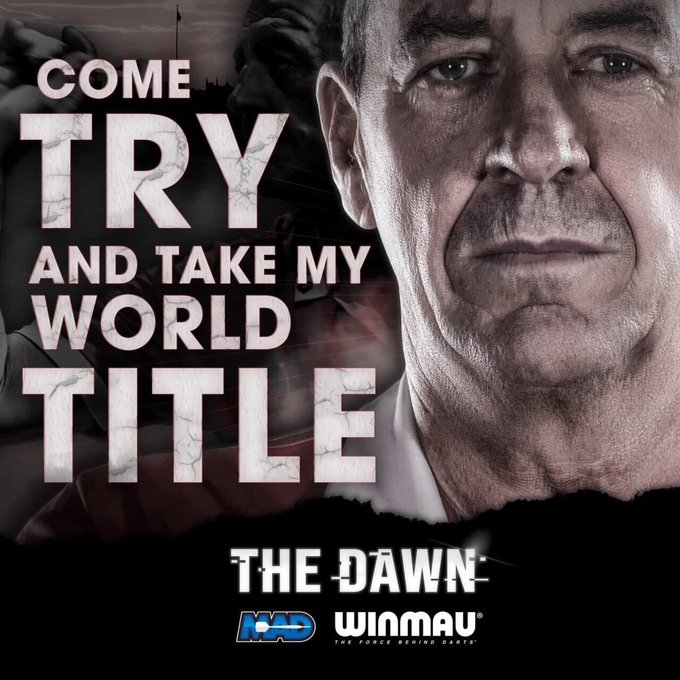 Steve was referring to the technical glitches which bedeviled the open period of his showcase opening. The MAD team managed to conquer these, and get the live streaming element of the show back on the road, in order to complete a star-packed day’s darts with flashes of excellence.

Unveiling a new system of regional, national and international belts with a series of ‘challenge matches’ for the initial titles was certainly a bold strategy but it was one that paid off. 16 time champion of the World Phil Taylor weighed in on social media and compared Steve’s efforts to the founding of the PDC more than 30 years ago. Surely that was a special moment?

“ Yeah,it was fantastic, we have had a lot of support but to be put in that company, and by someone who knows better than anyone, was really gratifying”.

When the games commenced many tuned in to watch the beginning of something new and fresh. Gary Stone was in outstanding form, Darryl Fitton was very well recieved and the World title match, between Scott Mitchell and Wayne Warren, certainly lacked nothing for drama! Warren’s eventual win seemed just too many watchers and now ends the year holding Two World titles. Perhaps there is some justice in the world after all?

“Wayne has been great as well, he came out in support early and he is a fantastic inaugural winner of the MAD World title belt”

“Overall we were delighted, the reach and coverage meant that our opening event was beyond our wildest dreams”.

Before the dust had settled on this remarkable opening MAD had announced more of their upcoming events including a £30,000 British Amateur Open for 2021. Brown is planning more announcements and to back up the MAD majors with regular ‘Belt events and challenges’ as well as interesting ‘undercards’ to give exposure to lesser-known players and variety to the watching public.

With this relentless schedule and Steve’s many other commitments one could not help but wonder if he ever stops. What about over the festive period?

“Yes, with such a big family it’s very important to get some quality time. We will see our extended family when the regulations permit over the holidays, but our large immediate family will be together and have plenty of time to enjoy Christmas and the New Year”.

Steve had much more to say, the ghosts of Christmas past and future loom large for our MADfather. Playing career, the JDC and the critics that always seek knock things down, were just a few of the areas that covered.

Look out for more here at dartsworld.com and in the upcoming issue of Darts World magazine.

Owen and Baker settling in well as big names stumble

A rythmic review of the runners and riders

Jenkins and Manley join the herd