A Little while ago we released the first of three reviews on the Original Dartboard Overlays range of products. Following on from our review of Games Pack 1, I now turn my attention to the second Games Pack in the ever-expanding range, complete with two unique and exciting practice games for you, and your family and friends. If you haven't seen the first review, it  can be found here:

Whereas in my previous review, I looked into the company as well as the pack I was reviewing, in this review, I will simply be focusing on Games Pack 2, and the contents of it. As with most of the packs Original Dartboard Overlays produces, two games are included, to be played solo or with friends and family. As well as the games, each pack contains pins for securing the overlays in place, as well as a set of dartboard design dart flights.

A personal favourite game of mine - this takes the Golf Darts game from Games Pack 1 and expands on the idea, adding additional targets and a higher scoring system to create an exciting and addictive practice tool. The aim is to score as many points as possible by hitting the numbered targets. You have three darts at each target, which are all positioned roughly where they appear on a standard dartboard. 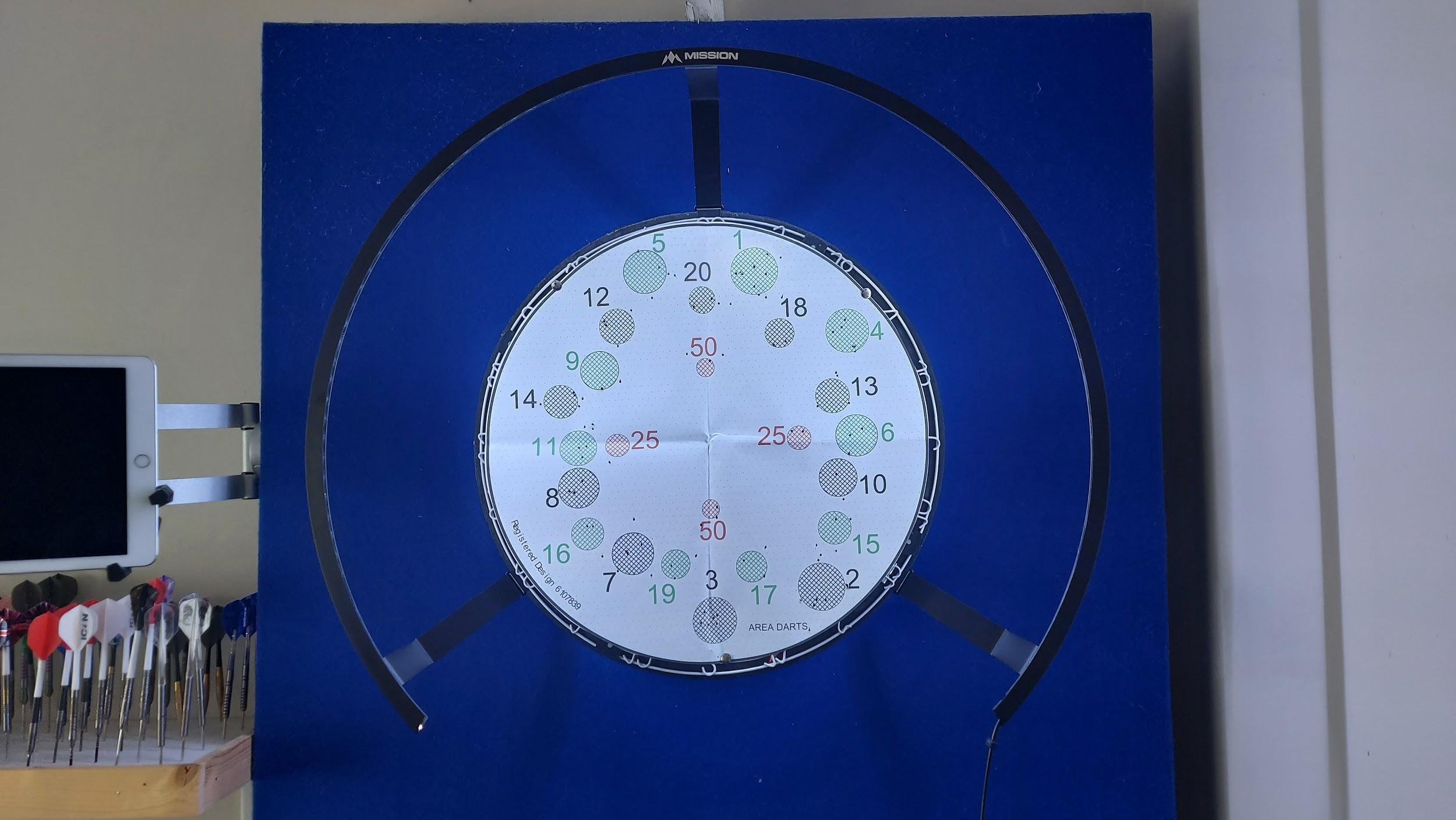 You score points based on the quantity of darts you get in the target area, with the top score being a staggering 885! I managed to reach 419 in my first attempt - not a bad starting point! With a total of 66 darts to be thrown, each game can last between 5-10 minutes, and can be replayed around 50 times before a replacement is needed - that's a potential practice life of eight hours! 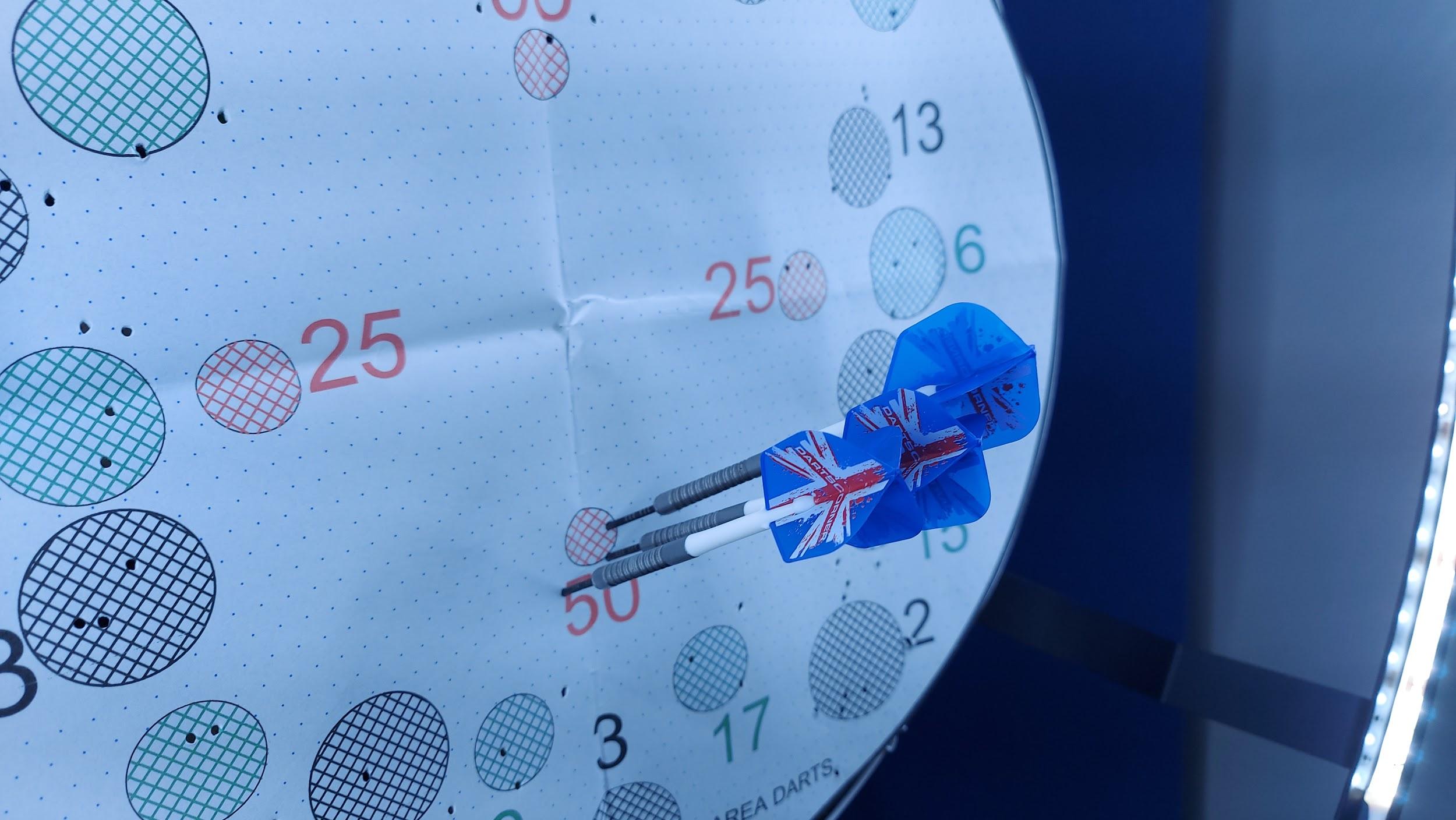 Each segment is clearly marked, and offers their own unique challenges. The game naturally helps you focus on hitting 'the big numbers' - a skill that proves pivotal, even in the professional side of the sport. One issue I found was that, unlike the aforementioned Golf Darts game from Games Pack 1, the Area Darts game does not feature a scoresheet, which I feel should be a necessary inclusion to the pack, in order to track your progress, either on your own, or in a friendly competition.

There's not too much I can say to this in all honesty - it's a pretty straightforward concept. The closer to the centre you throw the dart, the higher your score will be! The various rings are marked in alternating colours, to allow you to differentiate between the value of the sections, without having to break focus to look at the numbers to the left hand side. I found fitting this one to the board to be a lot easier, as I didn't have to worry as much about where I pinned the overlay to. I could afford to pin the overlay further inward, as in this game, I only had to focus on the centre of the board. 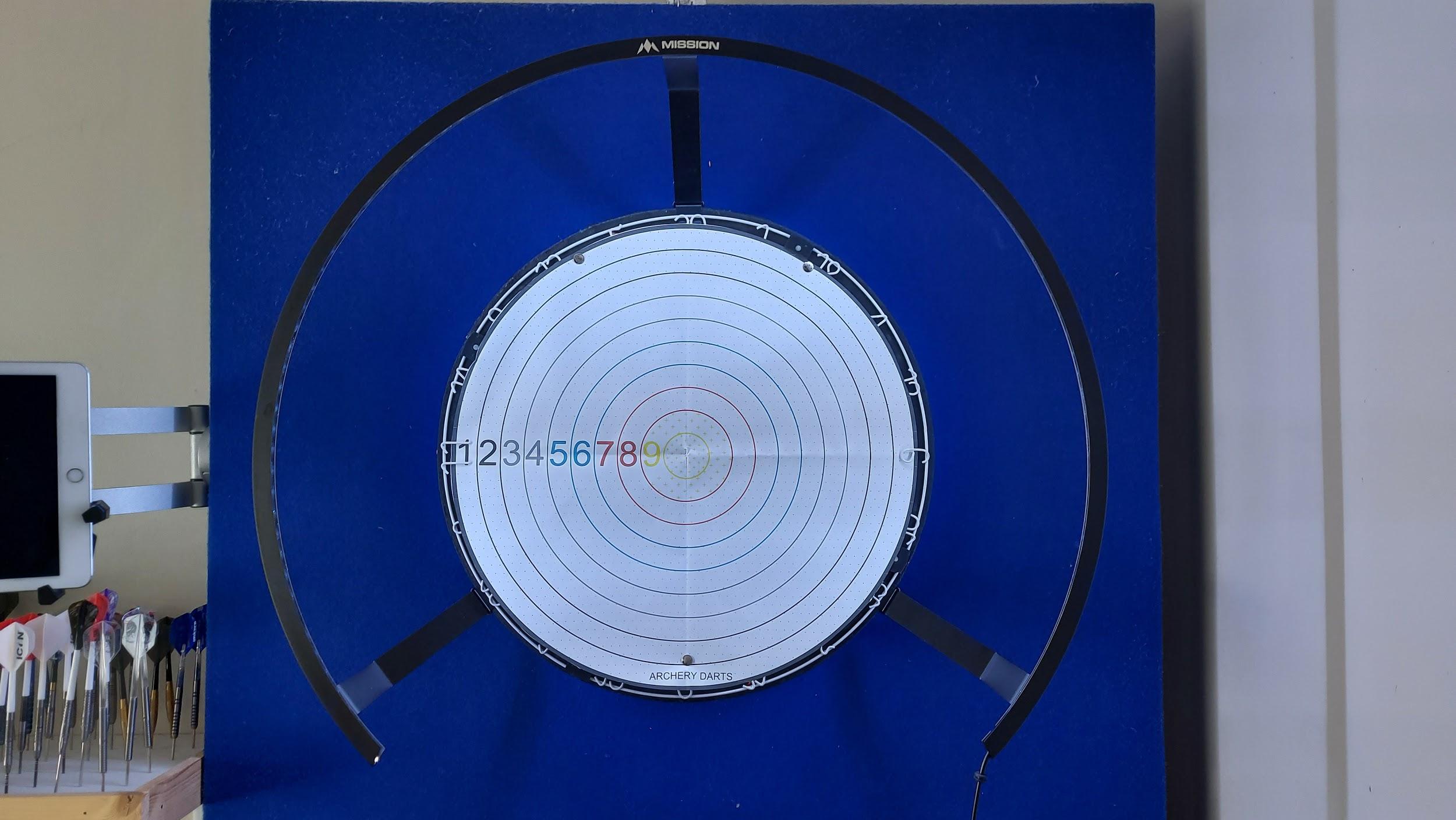 One glaring fault I found was the central section - I found the 9 and 10 sections impossible to distinguish from each other, which was even more frustrating for me given that they are the two highest-scoring segments on the target. I can understand why the colours have been changed, allowing Original Dartboard Overlays to create a design and colour scheme unique to their product, but I feel the wrong colour has been used in this instance - perhaps replacing the yellow with purple would be better suited for the design. 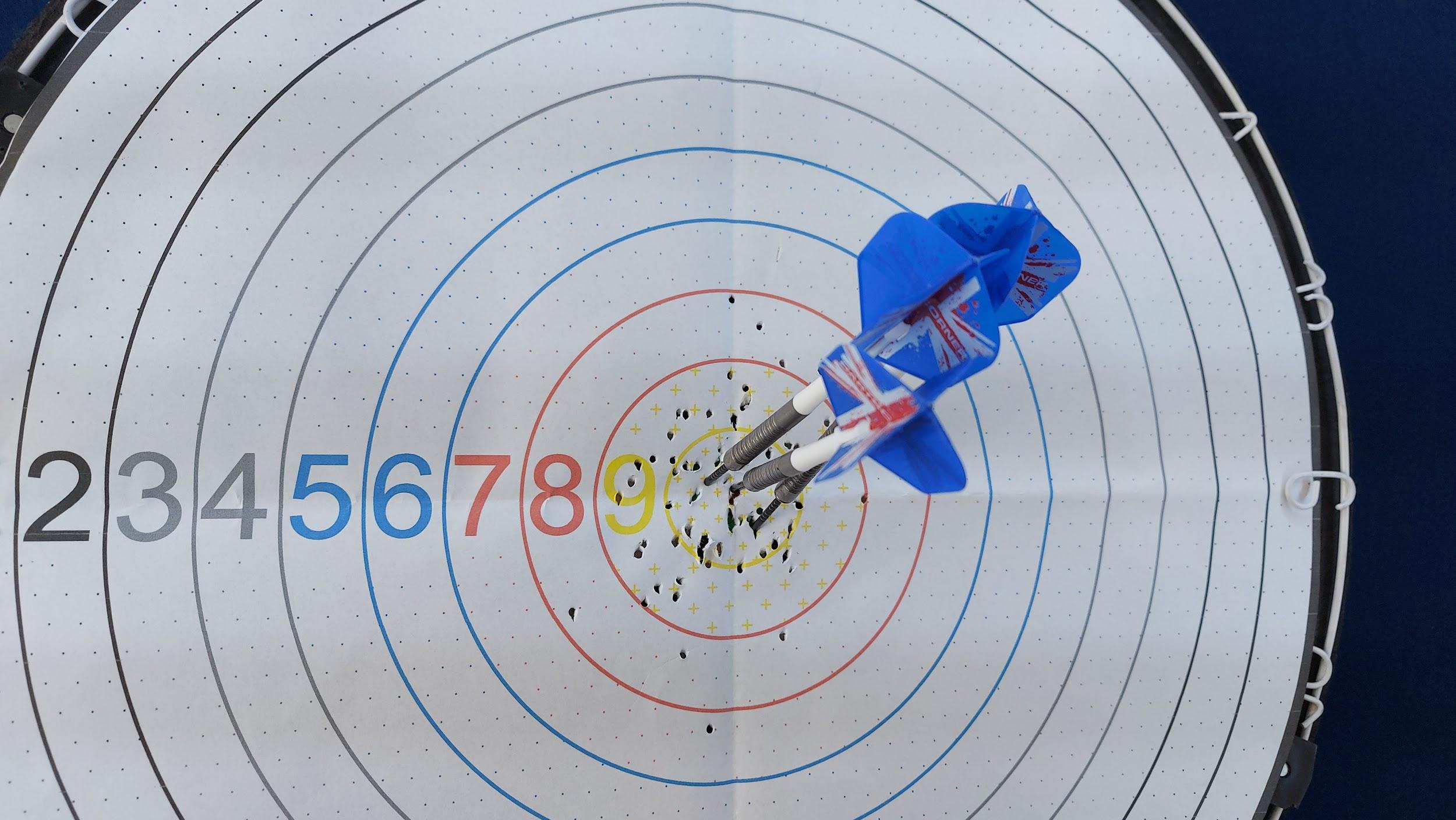 Nevertheless, I threw 10 rounds (30 darts) to see what score I'd achieve. I ended up scoring 265, with consistent 10's and 9's marred with a 7, 8 and a bounce-out. As I was throwing at just the one target, the centre, the overlay wore away a lot quicker than the ones I'd tried previously, so expect a shorter life cycle compared to the other fantastic overlays in Original Dartboard Overlays' ever-expanding range of products. As I've alluded to previously, I found the centre difficult to focus on, and so had a 'throw and hope' attitude, as opposed to focusing on the central segment of the overlay.

So there we have it! Once again, thank you to Original Dartboard Overlays for sending out these quality products - I've really enjoyed using the first two packs, and can't wait to give the third a go soon!

All six-packs are available through Original Dartboard Overlay's eBay page and are priced at just £4.99, with a 96p shipping fee. I would love to see these stocked by a major supplier in the future, and definitely feel they have the potential to be a huge hit! If you have any questions about the overlay I have reviewed, or perhaps a question concerning the other packs in the ever-expanding range, Original Dartboard Overlays are on Twitter, '@OriginalDartbo1'.