Choose Your Weapons: Robin by Loxley

FROM the dawn of darts, manufacturers and players alike have always looked for the next unique style of grip. Whether it’s Target, with their revolutionary ‘Pixel’ and ‘Cortex’ grip, or Performance Darts with their unique ‘Sticky Grip’, manufacturers have constantly looked for means to bring new ideas to the fore, giving players an unparalleled range of potential styles of dart, in order for them to achieve their ambitions using a product they’re satisfied suits them like no other. 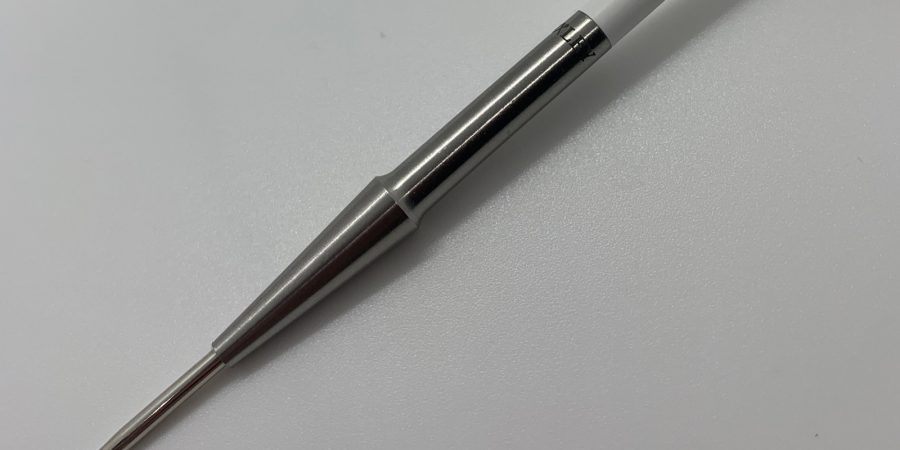 While manufacturers seek to push their design and engineering capabilities to the max, a large number of players, professionals included, are seemingly forgotten. These players, such as Stephen Bunting, Adam Smith-Neale and Ted Hankey, simply prefer a smooth dart, with no, or little additional grip added. This means that, for the rest of us, the market for smooth darts is slowly diminishing, with options becoming limited amidst the wave of overly engineered barrels. A defiant exception is a dart I will be taking an in-depth look into this time, the new flagship darts, by Loxley – the Robin:

The darts arrived in a simple plastic outer sleeve, with a smart cardboard insert detailing the darts and the brand, along with a picturesque view of the Loxley valley. A practical black case houses the darts, as well as a set of Loxley flights and medium white Loxley stems. The darts are equipped with a set of silver 32mm points, of which are secured in a point protector to ensure they don’t come loose in transit inside the case. One thing not included is a stem ring/spring, which helps to protect the stem and, ironically, prevents ‘Robin Hood’ shots from occurring.

One issue I found with the packaging was that one of the flights was equipped onto the centre stem. While aesthetically it looks very good, where the plastic outer sleeve has been closed over the flight, the flight becomes distorted, meaning that the sides of the flight begin to curve around slightly. While not having much of an effect concerning the flight of the dart, it can encourage the dart to spin in the air more than usual.

Robin barrels come in 21g (though more weights on the way soon – stay tuned!), and are made from a 90% tungsten billet. They are 55mm in length, and so are slightly longer than the majority of darts available on the market. They measure at a maximum width of 7.5mm, yet the rear straight section is 1.7mm thinner, at 5.8mm. Due to the bulbous front section, the darts are weighted towards the front – balanced out by the 30mm long flat rear section.

For me, these darts suit me in one way – the weight. Everything else, from the grip to the barrel shape, the taper to the point… it’s the polar opposite of what I’ve used competitively for over 3 years. The barrel is completely smooth, with a lip before the sharp, arrow-style taper towards the point. This style of taper is so rarely seen on darts, with most barrels incorporating a bullnose style taper rather than a sharp descent towards the point. The taper on the Robin’s means the darts can be grouped extremely tightly, similar to how PDC professional Simon Whitlock manages to group his darts – as if trying to fit them on a pin-head! The position of the taper, in terms of where it starts and ends, results in very few deflections, owing to the fact the front of the barrel can simply glide off of the side of the dart already in the board, without throwing the dart off of its course.

As I alluded to earlier, these darts are completely smooth. With some smooth darts, a nano-grip or coating can be added to add some feeling to the dart, yet with these, chief designer Matt decided to opt for a completely smooth barrel – save for the lip at the beginning of the taper. The smoothness of the barrel was inspired by an arrow tip, similar to the kind that, in English Folklore, Robin of Loxley would’ve used back in the 1400s. Speaking to co-designer Zachary Thornton, he informed me that it was “nice to design with a character or theme in mind, as it inspires you for designs”. This inspiration is apparent in how accurately Zachary and the Loxley design team managed to capture the distinct arrow-like shape and was able to implement that idea into a practical, viable dart – a tough task!

Naturally while throwing these, I found they began to slip in my fingers. As a player used to a very high level of grip, I knew from the start it would be a struggle. I experimented holding the ridge before the taper, which offered a comfortable starting point with a suitable level of grip. While I felt I had more control over the darts, I realised quickly that by holding further forward than I usually do, I struggled to find a consistent angle of entry, with the darts beginning to veer off at all angles. To combat this, I switched the supplied set up for a set of shorter stems, experimenting with flights until I found a shape that worked.
By channeling my inner Matthew Edgar, I found slim flights worked exceptionally well, with the darts landing at a consistent 90° angle. This allowed me, in a Phil Taylor-esque fashion, to stack the darts, resulting in higher, consistent scoring. From the rear, the darts have a tendency to kick up, landing at a very steep angle, leading to fall outs if the points haven’t been adequately roughed up with sandpaper.

Appearance: 10/10 – For me, the designers over at Loxley have nailed these darts visually. The idea of the arrowhead, combined with the feather-effect flights creates a genuine sense of an arrow in the board. The sleek, silver barrel coupled with the silver point gives the impression of a one-piece dart (for greater effect, maybe add a set of smooth Target Storm points?), and coupled with both the white, Loxley branded stems and Loxley flights; visually, I’m in awe.

Balance: 9/10 – While very slightly balanced towards the front of the dart, the balance all depends on perspective. By utilising the ridge, and throwing from that point, the darts are perfectly balanced. For such a long dart they are very well balanced, and as such will suit a very wide variety of players, using different setups with different styles of throw. I have asked a few friends to throw these darts as well however and they seem to suit all comers, rear grippers, 1 finger grippers, all sorts!

Grip: 5/10 – A tough one to rank. They’re smooth. On the actual barrels themselves, no groves have been added, meaning the only point to grip from is the lip before the taper – a sort of unintentional grove. While I used this point to grip directly from, I also found it could work as a means to push the dart forward from the smooth section, using the side of the ridge as a barrier to propel the dart towards its intended target. So a low score, but for those who prefer a smooth dart, these will be perfect.

Quality: 9/10 – Flawless in almost every sense. I couldn’t find a single fault with the barrels or stems, with the barrels still looking perfect after a couple hours use. The stems are made from thick, durable nylon – as such you’ll find them very difficult to snap, though may be worth adding a spring to the stem, just as a precaution. The flights and packaging I found to have a small issue. As I mentioned earlier in the review, the way the packaging closed ends up squashing the flight in the assembled centre dart, leading it to be slightly distorted. While with no issues with the other flights (very strong and durable flights, with no signs of damage), the slight distortion stood out, which I found unfortunate.

Value for Money: 9/10 – The darts are priced at a very reasonable £33.95 including Tax, and are available directly from the Loxley Darts website: https://loxleydarts.com/collections/darts/products/robin-21g-steel-tip. For under £35, you get a unique and inventive dart, with a design that has the potential to go down as a classic. Fully equipped to take to the oche, including a handy black dart to hold the darts when not in use – what’s not to love!?

Any questions about the darts, feel free to message me over on Twitter @JoeReid180! For more reviews, feel free to check out my website (link below).