Feb 3-6th 2022 will be a landmark weekend in darts history. The inaugural World Senior Darts Championships will take place at the Circus Tavern. Phil 'The Power' Taylor announced the date and venue today with more ticket details to follow via World Seniors darts and ourselves.

Tickets for the event go on sale on June 1st and Darts World will keep you up to date with more information as our sport joins golf and tennis in appreciating that the players, talent and contribution that have gone before, still have much to offer.

In 1994 the PDC held its first 'breakaway' World Championship, the venue? The Circus Tavern, Purfleet. It was here that Dennis Priestly claimed that first crown. Barry Hearn's famous introduction to darts also took place when he stepped into the iconic venue. 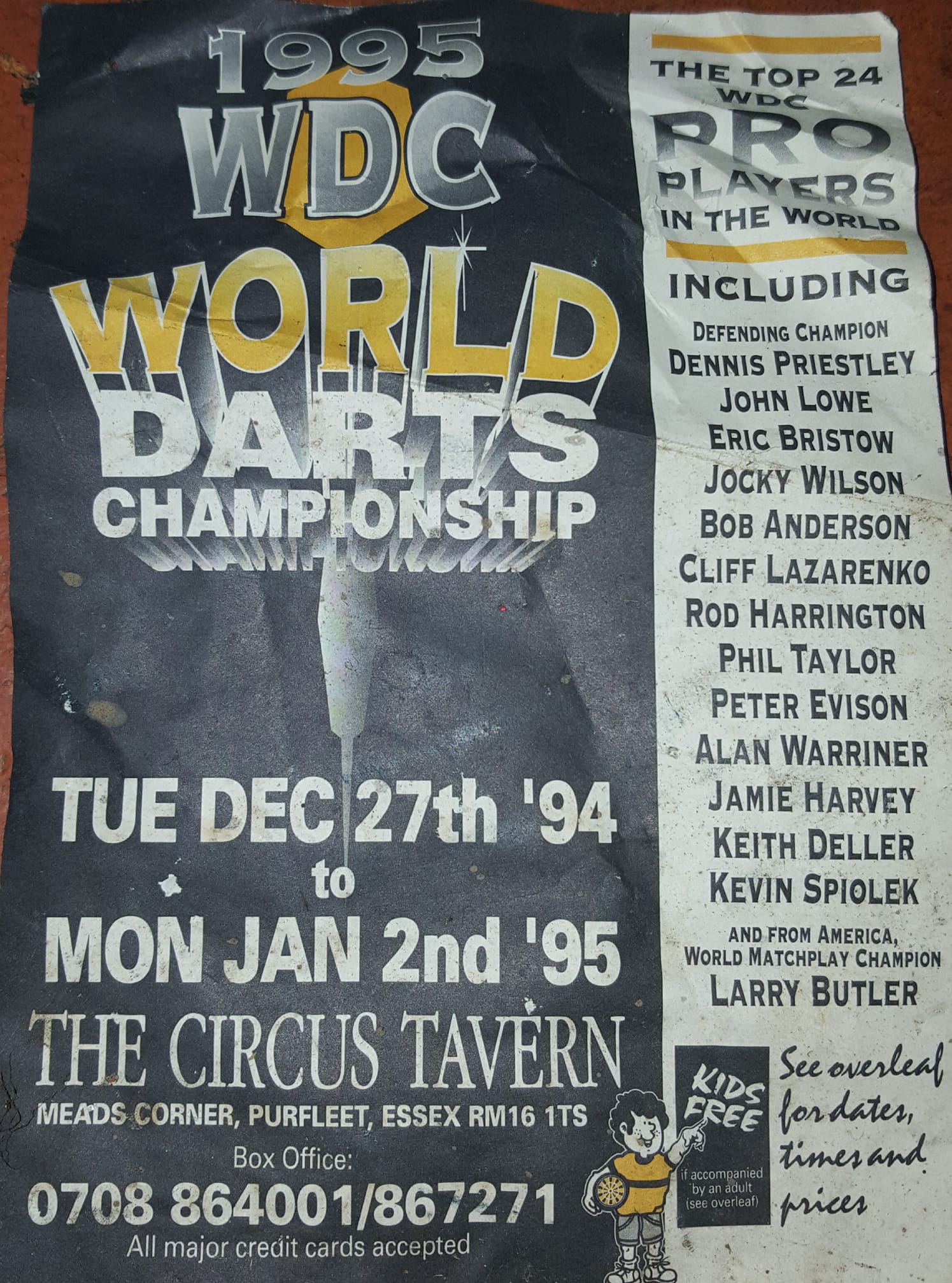 For darting aficionados and fans The Circus Tavern is a special place. Its' small and intimate nature sees the crowd only feet from the stage with the atmosphere becoming, at times, highly intense as a result. All the great names of our sport have played, managed, commentated, or officiated from 'The Tavern' and it should provide the perfect mix of nostalgia, excitement and encouragement for those involved in the inaugural Senior World Championships.

Unfortunately Dennis Priestly may not be able to add another inaugural World crown to the one he captured in 1994. Knee surgery will mean that Dennis will not be at full fitness by the kick-off date. He will however still be involved before, during, and after the event, possibly in an ambassadorial role and his many fans will hope to see him return in time for the 2023 event.

Darryl Fitton has been added to the roll call of champions for the 2022 event. Multi major winning Fitton has also been a major part of Target darts development of a new generation of players in recent years. The situation surrounding Dennis Priestly may mean that an additional invitation is issued or a place added to senior Q School.

This may leave a space in what looks likely to be a first-round of sixteen played down to eight and then slotted into a seeded last sixteen field, fourteen of whom have been announced. e, the Senior Q-School?