INTRODUCING Mac Elkin, the owner of The Sportsman Management Company and home to a galaxy of stars from the world of darts. Last year was undoubtedly the most successful in the organisation’s history as three of its players won a maiden PDC major title.

Despite being relatively early in the darting calendar, 2021 is already looking set to continue in a similar fashion with James Wade picking up the UK Open. The highly decorated Aldershot man recently added yet another trophy to an already impressive personal résumé, taking the tally to four PDC television major victories in just nine months for TSMC.

But how did a young lad from West Midlands without any formal qualifications to his name end up as one of the most successful darts managers in the world? If you guessed the story began with a brawl in his local pub you would be correct. Reminiscing, Elkin recalls:

“As a kid, I was always skipping school and left without taking any exams. The teachers used to say I was a bit of a ‘Jack the Lad’ and I would breeze my way through life. “On the day I officially left school I started working full time as a metallurgist. I was there for five years before leaving to take an optical technician job at Dolland and Aitchison where I climbed my way up the ladder to a senior role. But I hated getting up early in the morning and eventually quit. For a few years after that, I was in and out of countless jobs until one day my life changed:

“There was a huge fight in a pub close to where I lived. After that, the bar manager decided to employ doormen, a decision which didn’t go down too well with the locals. Back then I was really well known in the area and knew the right people so decided to offer my services. I told him I could guarantee he wouldn’t have any trouble and gave him my weekly price for the job which was duly accepted.

“I immediately employed a couple of tough lads as well as giving the local gangster a cut of the money. That ensured the bar was safe from any hassle and I’d make a good few quid without even getting out of bed. More door contracts followed then I decided to go into pub management.

“I blagged my way into my local bar, the Brookmeadow, pretending I’d run pubs before when the truth was I’d never even pulled a pint. I kept one girl on, Abi Stone, which proved to be a masterstroke as she was extremely popular with the punters. My mate ‘Big Smiffy’ did the disco and I hired a local boxer and friend called Jon Pegg to run the door.

“In the six years that followed, the Brookmeadow won numerous awards. I took on another five venues and turned them all into dart pubs. We had some great players and teams but I was still hungry and wanted more......."

For the rest of the remarkable story of Elkin's Marvels order your copy of Darts World 574 today:
Lead image: L Lustig 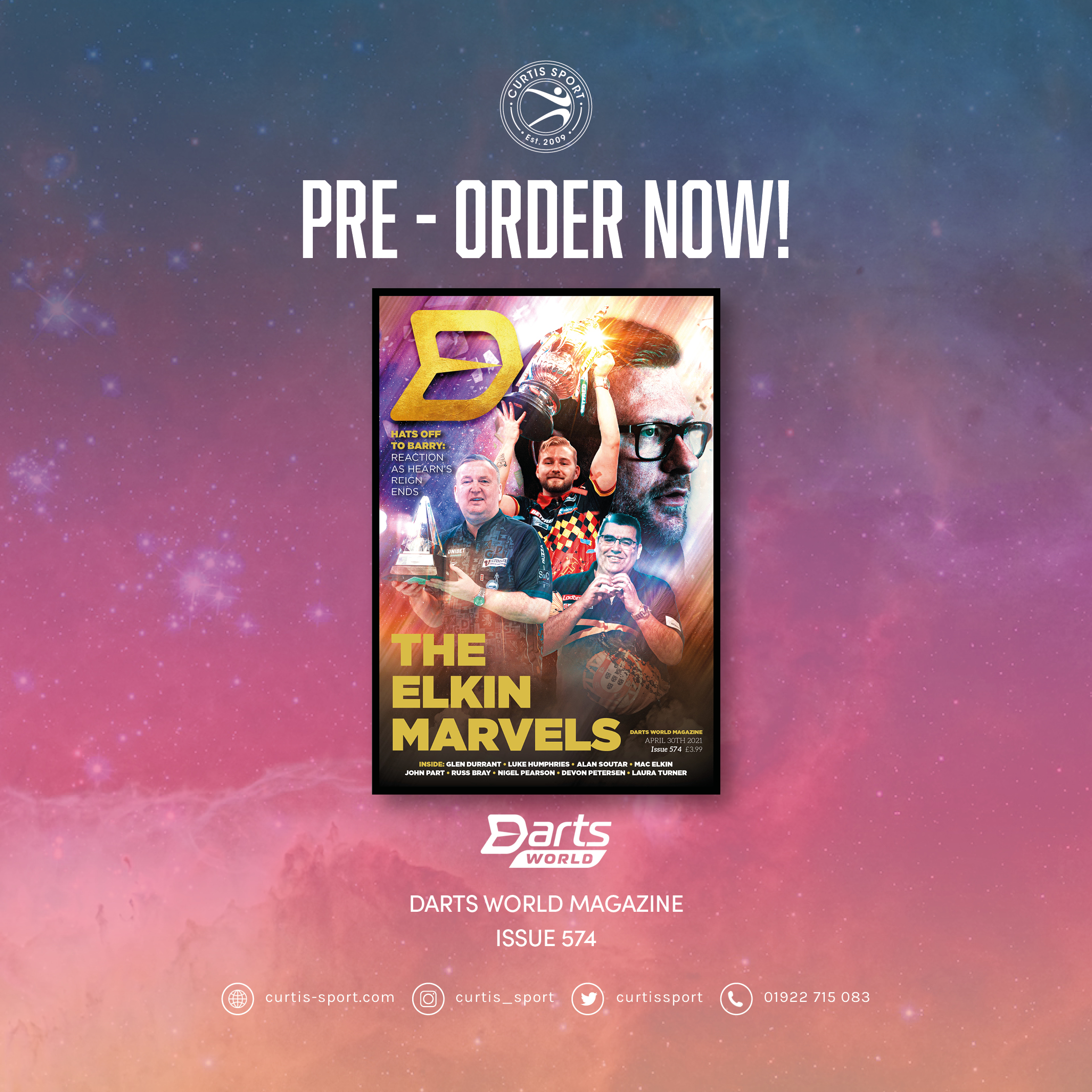 Owen and Baker settling in well as big names stumble

A rythmic review of the runners and riders

Jenkins and Manley join the herd