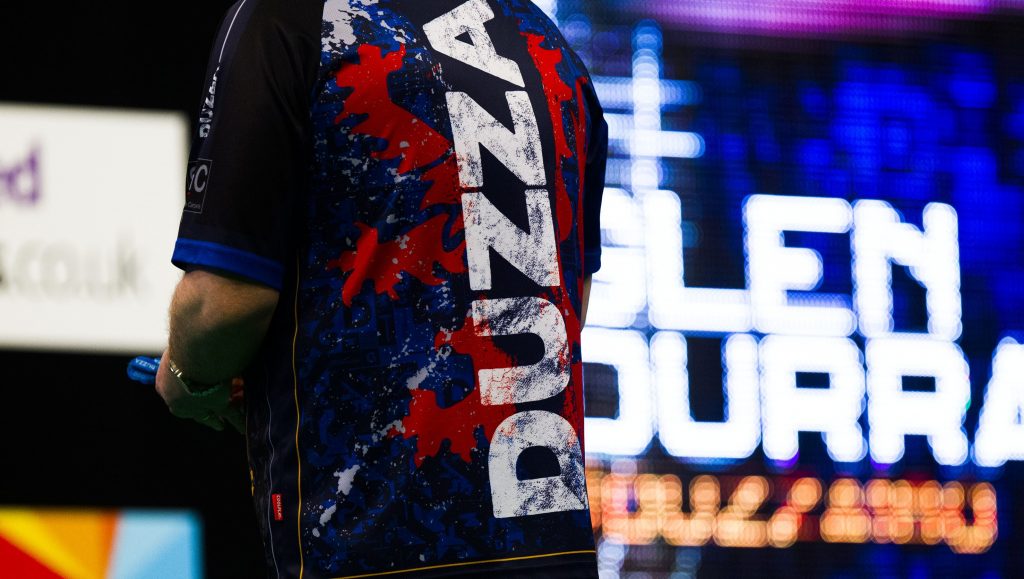 But Duzza, 50, admits that his dream of a first PDC major title nearly went down the pan after being doubled-over in pain.

He said: “I will be having a celebratory Pot Noodle, certainly not Thai food. I had a beer stir fry a couple of nights ago in a beautiful restaurant but it just didn’t agree with me. If only people could have seen me last night, I was in a real bad way.

“I won’t be too graphic, I was very poorly. I was worried. I really started to panic about 10pm the night before I played. I was in pain, it was just a horrible night.

“I was talking to an old school friend and she was telling me what to use. I had it written down what I was going to buy from the chemist. But I had a great night’s sleep, I woke up fine.

“The only thing that was in my belly was the nerves.”

It was a double celebration for Durrant as the Boro fan was delighted to see his side avoid relegation from the Championship by winning at Sheffield Wednesday.

But with now so many seeds crashing out – eight of the world’s top 10 – he has a great chance to steal glory at the Marshall Arena in Milton Keynes.

However, he’s not taking anything for granted, adding: “The fighting spirit got me through. The PDC is a tough school. Vincent van der Voort is an amazing player. Yes the seeds have gone out but it’s not like I’ve got a bye to the semis. I’ve got a difficult game against a guy who smashed a major winner in Daryl Gurney.

“I won’t look past him. But I have said many times this week that I want to take opportunities.

“I’m in the last eight and it’s a massive opportunity. But I’d be a fool if I overlooked Vincent van der Voort. I know it’s an old adage, I’ve just tot to take it one game at a time.

“All I’ll say is that it will take someone playing really well to beat me.The match management side I’m a real tough nut to crack. I know that dart players don’t like playing me. I feel strong, I feel fit.”

Duzza reeled off six successive leg wins to come back from 4-1 down to KO Wright who has been struggling with eyesight issues.

He added: “The draw opened up and I’m sure that Peter felt he had a big chance of winning this. He wasn’t at his best tonight.

“I was going for treble 18s and I wouldn’t normally do. But wow I’m just so happy to get through that fighting qualities again.

“At eight-each they are the sort of games I’ve going on to win at the moment. Peter was nowhere near his A game.

“It didn’t feel like a great game but I was just hoping my doubling was going to help me out in the end and I’m absolutely delighted.

“I just beat the World Champion, Michael’s out and Gerwyn Price, it’s there for the taking. Hopefully that’s me.”