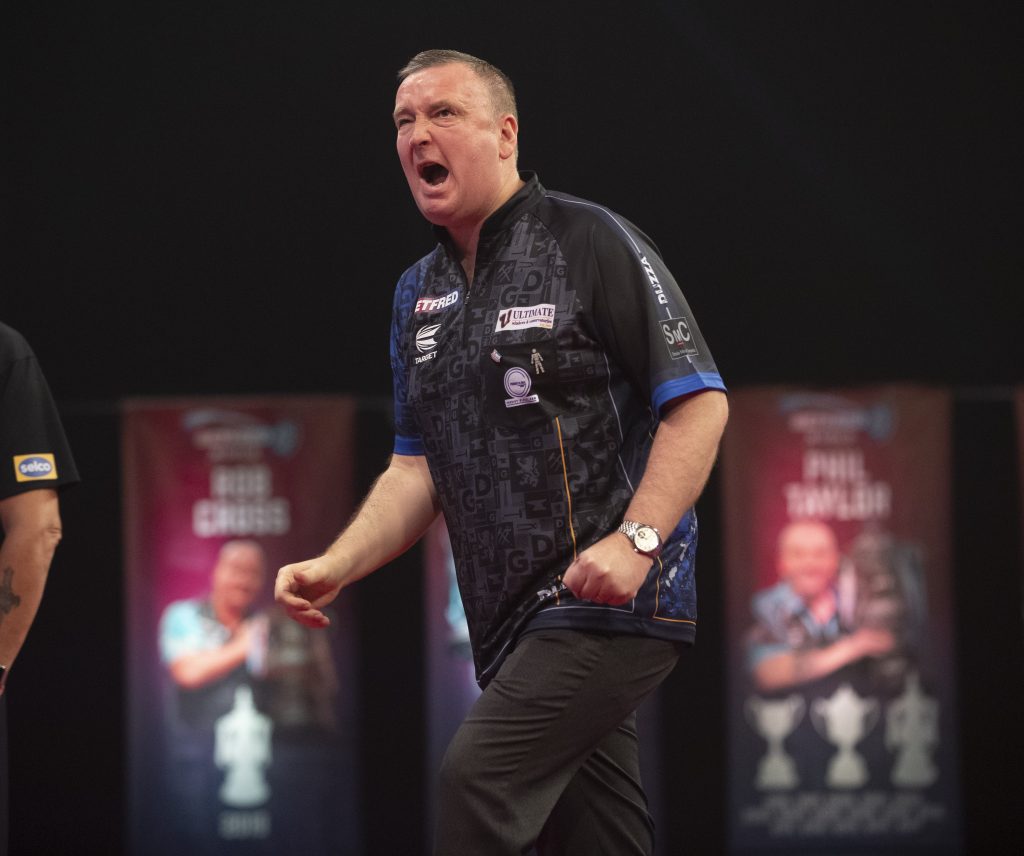 The three-time World Champion battled through to his second consecutive Betfred World Matchplay semi with a 18-16 win over the lanky Dutchman.But Van der Voort had a spat with ref Bevins after being deducted a point following an underarm throw at the board in frustration earlier in the match.

A PDC spokesman said afterwards that it was unlikely that Van der Voort would face any punishment from the Darts Regulation Authority for his outbursts.In a proper slugfest, Duzza also had a point break off forcing a change to the dartboard during the match as well.For Durrant though it was a stunning comeback from 4-1 down to grind out a crucial victory in his quest for a first PDC major title.He said:

“No idea how I won that game. The better player lost tonight.

I was gone, I was beat. I felt great but I’m through. Back to back semi-finals is absolutely incredible.“

I’m slightly embarrassed that I was favourite going into tonight when you’ve got Gary Anderson and Michael Smith in the competition. I could see Gary’s face when he got interviewed last night saying Glen’s favourite, really?

“My wife has got good vibes and I was thinking about my wife so much, so cool, calm and collected. That one’s for her.“

I’m in the semi-final of the Matchplay give me 15 minutes and I’ll be a happy man. I was a beaten man throughout that. I’ve just got this fighting spirit right now and sometimes when you go through that, is your name on the trophy?

“I got battered in the practice by Dimitri van den Bergh, he was sensational.

I think he ruined my game tonight because he was so good backstage.“

I had a point snap so I was using a brand new dart. But I’m still fighting.”