Whilst preparing a feature on World Senior Darts for our most recent issue Darts World spoke to the co-promoter of the event Mr. Jason Francis. Jason has had much success with World Senior Snooker and hopes, in partnership with MODUS, to do the same with darts. Its fair to say he the idea had received a warm welcome and a fair number of column inches so far.

Q: So far the announcements have seemed mainly player-focused. Is there any more detail on things such as Venue, broadcast platforms or format?

J.F: Inviting and contracting the former World Champions to the project was the main priority, we have that in place now. We will stage the event at The Circus Tavern, Purfleet. Tickets will be on sale from the 1st of June 2021 and the inaugural event will take place from 3rd-6th of February 2022.
Q: We hear a little about the 'Senior Q-School' being scheduled for November is there any more information available?

J.F: "Again in the coming weeks we will release details, what we can say is it will take place weekend of 13th and 14th November with two chances to secure a place in the Finals. It is open to any amateur player or any gender or ability who wants to pick up their darts with the only rule that they cannot be under any existing contractual obligation to the professional tour and they must be 50 on or before the 13th."
Q: The previous attempt to form a senior tour stalled, this seemed partly due to waining interest after the initial flurry. How do you hope to avoid a repeat?

J.F: "I’m not aware of previous attempts at a tour but I believe by including every eligible former world champion we’re starting with an event that should generate huge interest – and of course the big story is Phil’s return to competitive darts." 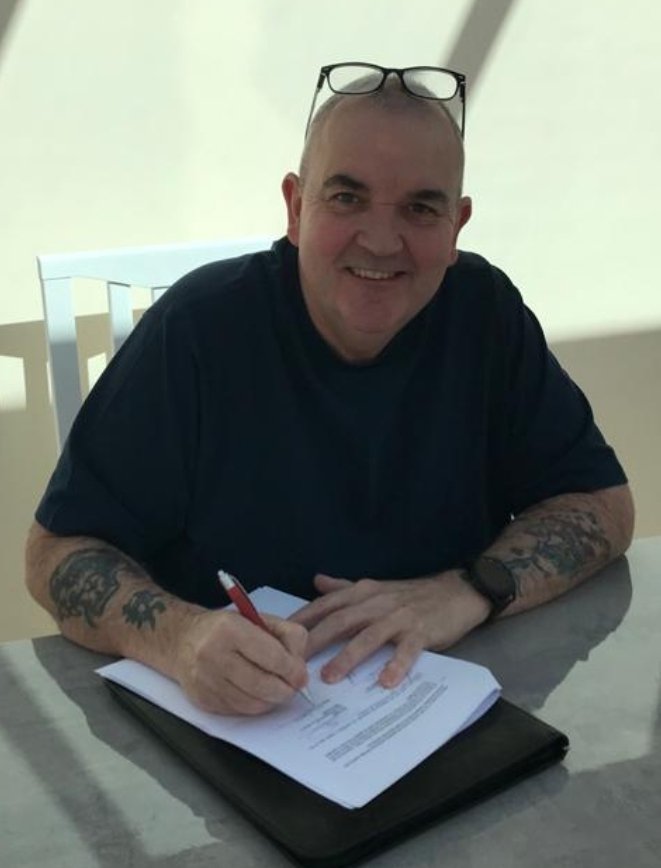 Q: It seems that the initial field of players is settled ( Subject to fitness and Covid regs) how do you see the role of the ambassadors that you have begun to announce?

JF: "This first event is all about making a statement that these guys can still play and want to put the practice in to compete for good prize money and titles, however, it's also about paying homage to all those who helped get the sport where it is today. Just because a player may not want to actually compete it was important for us to invite them to be there for things like corporate hospitality and the parade of champions. Everyone accepted which tells me none of them want to miss that photocall."
Q: With players stretching from their early fifties to their mid-seventies are you wary of large performance disparities and if so are you thinking of different age groups/divisions in the future?

JF: Over 50 is the only rule for now, players can’t control their age but they can control their desire- how badly do they want to be the first-ever World Seniors Darts Champion.
Q: What format are you hoping to use, a Grand Slam type with groups and then KO's or a quicker event with Short format KO's from the start?

J.F: "It's back to how it was, legs and set and straight knockout, we embrace the new but we don’t forget the past."
Q: Are you hoping to create a full tour for the seniors or is it more likely an annual World Championships/Festival of Darts?

JF: Well it's called the Seniors Tour so the plan is to run a season of events but we can only do that once we know if there is an appetite from fans, sponsors, and broadcasters.
Q: You appear to have attempted to generate global interest and involve women players from the outset. How do you see that developing?

J.F: "No barriers only your age, Trina and Francis who we’ve announced so far have played a huge part in darts and deserve their invitations. I don’t think it will be too long before the PDC embraces a fully professional Women’s Tour – it's clear there is some great talent out there."
Q: Can you tell us about some of the player's reactions to their invitation?

J.F: "All excited and quite a few determined that Mr Taylor is not going to grab all the headlines!"
Q: Darts World readers of all generations wish to see their favourite players in such an event. Many great players did not win a World Championship, how do you see them becoming involved?

J.F: "That’s the tough part, sport is made up of opinions. Initially, no one can say the former WC’s do not deserve their invitation, then it gets a bit tougher, and if you ask 1000 darts fans who else should be invited you would probably get 1000 different lineups.

What we have to do is also think about who can bring commercial value to the event, be that through nationality, broadcast preferences or ticket sales. I make no apology for saying that as unless the event does its numbers there is no future so you cannot ignore the commercial element? Long term the tour will develop its own ranking list and those who perform will get rewarded."
Finally, Darts World and our readers will wish you all the very best with World Seniors Darts

J.F: We’ve got a job to do, we’ve made the headline but now we have to produce an event we hope all Darts fans will want to watch and be proud of.