Eagerly awaited by the darts community, Winmau unveiled their new 2022 product range this past Wednesday; amongst which was their answer to the newly released dartboard upgrades of rival brands - the Blade 6 Triple Core Carbon.

Thanks to Winmau's long-term partnership with Darts World, I was kindly sent a selection of darts to test and review. In this, I'll be breaking down which products I was sent, and my first impressions on them. Full reviews will be uploaded to the website in due course, so keep an eye out on Darts World's social media pages, as well as the Darts World website! 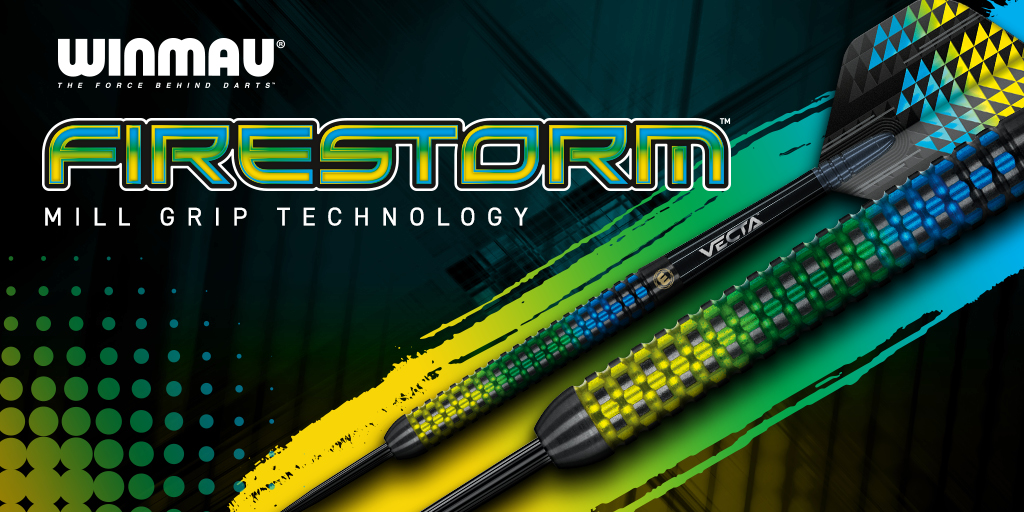 The first of my reviews will be analysing the Winmau Firestorm, a dart that seamlessly blends functionality and fashion. A truly unique set of darts, they feature an onyx performance coating which enhances the look of the full-length mill-grip. The Firestorm are suitable for players that demand a high level of grip, owing to the combination of lateral and longitudinal grooves running along the 50.8mm barrel. 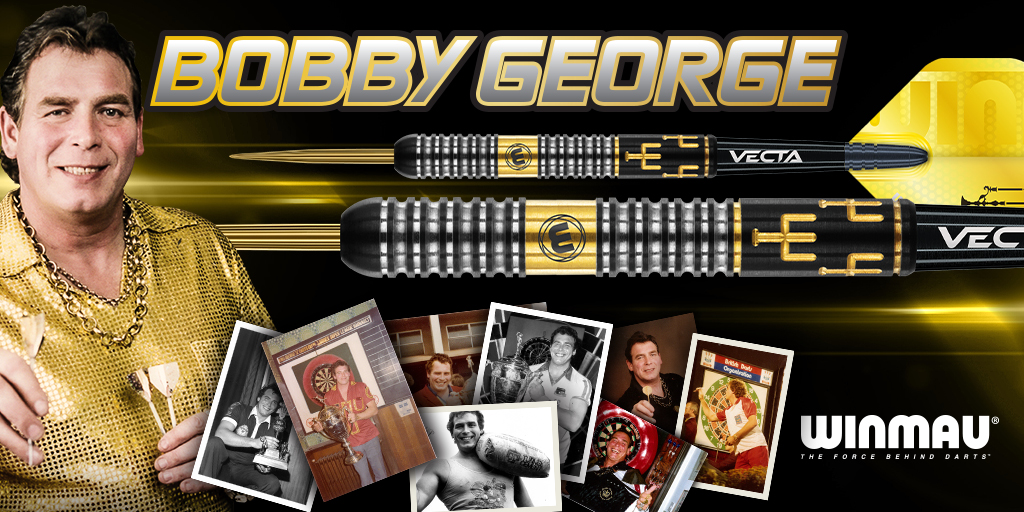 When I first saw these in the Winmau livestream, to say I was unimpressed was an understatement. To me, the Winmau Bobby George darts looked brassy, outdated and dull - how wrong was I! Much like the Firestorm darts, I was taken aback at just how good the darts looked in person. Keeping it simple with a standard ring grip, the barrels reminded me slightly of the old Winmau Dawson Murschell darts, with the striking black coating complimenting the silver grooves.

The gold points, genuine gold plating and rear engraving adds a personal element to the barrels - they're unmistakably the darts used by the 'King of Bling'. While, to me, a relatively low level of grip, I'm interested to know if the rear engraving can be used as a legitimate point of grip, and so will be exploring that in my extensive testing. Much like the Firestorm's, the taper is also a point of interest for me, with the George's also implementing Winmau's onyx performance coating. 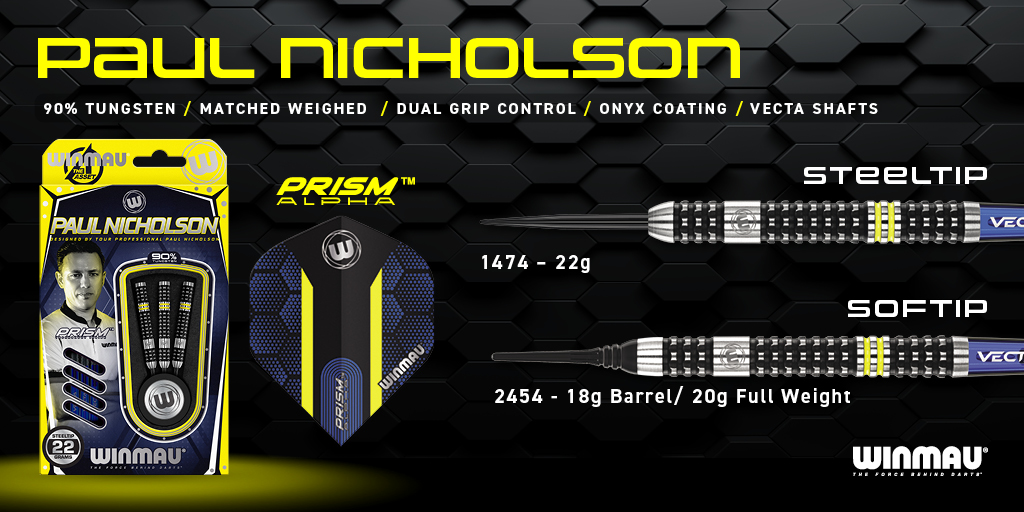 Paul's darts appear to have undergone a complete overhaul in his hiatus away from the oche. Long gone are the days of the front and rear smooth section, instead opting for a grip right up to the taper, as well as a continuous grip right to the rear of the barrel. In terms of profile, I was reminded of the old Unicorn Barrie Bates darts, with a solitary smooth section towards the front of the barrel temporarily splitting the grip apart.

I was impressed with the grip, which appeared extremely aggressive, much like that of the Firestorm's. In a nod to his previous Winmau darts, Paul partially retains the black onyx performance coating, adding two yellow stripes in the centre which completes, as he alluded to in the Winmau livestream, an expression of who he is now, along with a nod to his beloved Pittsburgh Steelers. 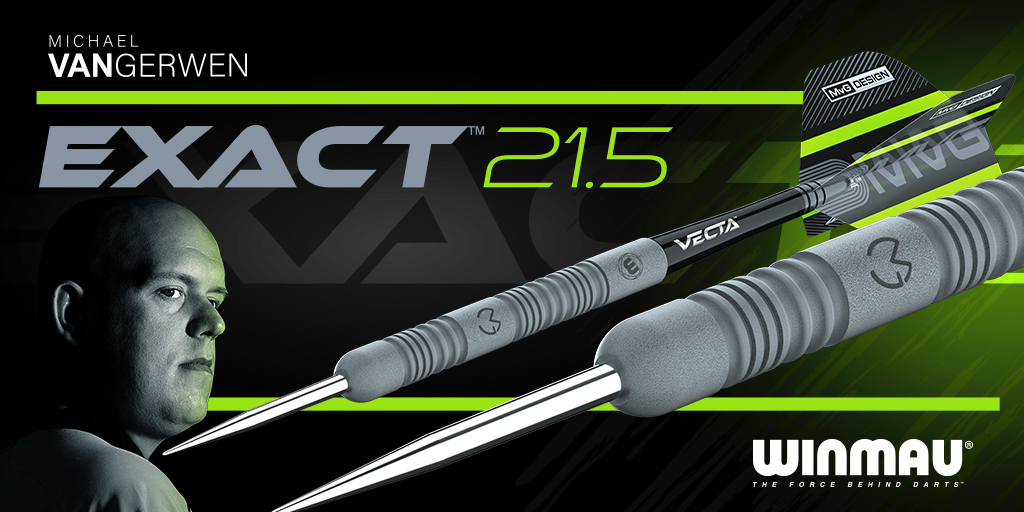 While the Blade 6 was the flagship product from the launch, the flagship dart was undeniably the latest addition to the 'MVG Design' range - the Michael van Gerwen Exact darts. Having owned MVG's XQMax Originals and Winmau Authentics, I was interested to see how the darts match up. As opposed to a standard review, I will be writing a comparative piece, looking at how the Green Machine's darts have evolved over time.

Featuring an atomised coating, as featured on the Red Dragon Wayne Warren darts myself and A.I.M reviewed in Issue 576 of Darts World magazine, the MVG Exact have been designed to to replicate the feel of his older worn set, while replenishing the grip that has been lost over the years. As a fan of authenticity, I was pleased to see the darts produced in 21.5g, Michael's match weight. Many professionals, such as Rob Cross, use alternate weights to their retail equipment, and so it is a breath of fresh air to see a company produce their players' darts in the 'exact' weight used.

All four reviews will be featured on the Darts World website in the coming months - tweet me at @JoeReid180 with your thoughts and opinions on them, to be featured in the 'Independent Thoughts' section of the corresponding review! 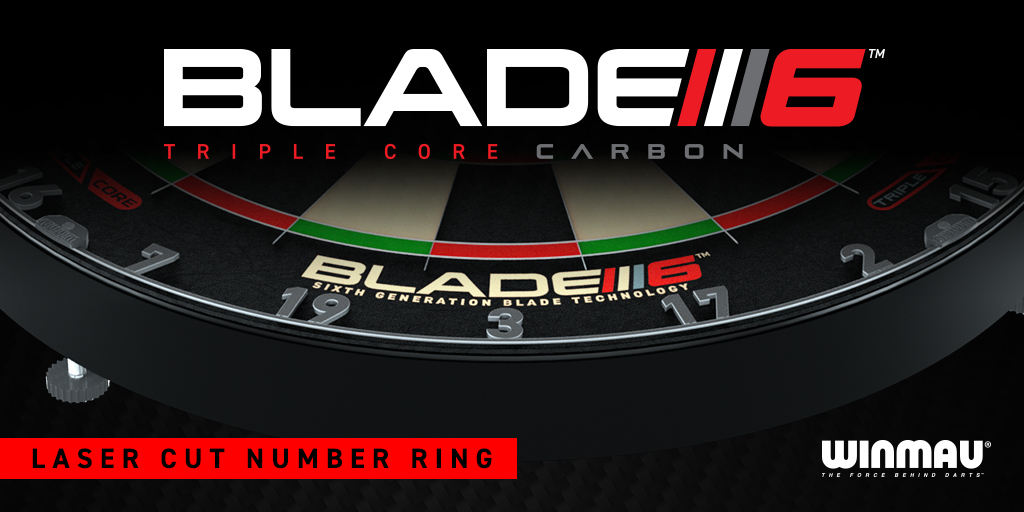