In praise of Players Championships Finals

The Players Championship Finals is different from most of the other ranking TV events staged by the PDC. Sandwiched between the Grand Slam and the World Championships it's easy to overlook the finale of regular Pro Tour events that take place, off-camera, throughout the season.

It combines elements of the regular Pro Tour events usually conducted off-camera, with a dash of the UK Open.

The climax of the regular Pro Tour season also holds the unique feature of being the only major player twice in one year. It's original calendar position, during February, was months after the close of the seasons Pro Tour events and the event had not shone. So in 2011 after Phil Taylor has needed a deciding leg to defeat Gary Anderson had it was moved to its current wintery time slot and was held at the end in early December of the same year.

The event has also provided a breakthrough moment for those who have done well on the floor and needed a TV run to progress their career further. 2011 provided the best examples, Steve Farmer reached the semi-final of the February event and later that year it was the turn of Scot Rand. The Midland truck driver's exploits included defeating Raymond Van Barneveld and James Wade before being edged out, in the decider, by The Artist who would go on to lift the crown.

With a venue move to Butlins at Minehead, the UK Open 'feel' has grown over the last few years and the event is now popular with the type of dart fan willing to travel and spend a few days enjoying their chosen hobby instead of those determined to pack everything into one session at say Blackpool or Ally Pally.

A glance through the roll of honour shows that one of the Players Championship Final's major plusses is unpredictability. Although the event has been most often claimed by the dominant champion of the day - first Phil Taylor and then MVG - a wide variety of players have reached the final and others have had career-making or saving runs to the latter stages.

The format and its progression suits players coming through the ranks. Early on it's the same as they play week in week out and, although longer in the later rounds, it does lengthen so much as to allow the more experienced players the same advantage as at the Matchplay or the Grand Slam. 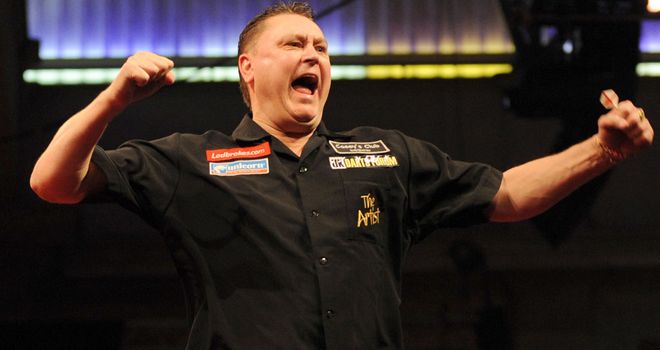 Paul Nicholson set the tone by winning only the 2nd holding of the event and other usually less fancied players followed suit either lifting the trophy or reaching the final. Kevin Painter in 2011 grabbed his only (PDC) major title whilst Kim Huybrects' run in 2012 saw him qualify for the Grand Slam and really kick-started his career.

Merv King has reached the final both while in some of his best form in 2010 and whilst battling to save his top-flight career in 2020. Although The King failed to lift the trophy, on either occasion, both were highly significant to his career.

The Player's (as it is known) does not seem to encourage the hitting of 9-dart legs with only two being hit over its 13 stagings so far. This may be because the short early matches are over before many players are fully used to the lights, camera's staging, etc. or simply that often there is a lot at stake in terms of qualifying for the World Championships or even retaining your tour card, etc.

All in all the event has proven interesting and entertaining over its short life. I and many others who take our darts seriously, but not too seriously, will again be glued to the action to see what idiosyncracies this year brings.