IRISH darting phenomenon Keane Barry celebrates his 19th birthday today. Darts World spoke to this remarkable darting prodigy about his career so far and where he is headed:

Most five-year-olds can barely throw a dart straight but at that age Keane Barry was hitting 180s. The huge potential was already evident from that tender age. Keane’s father was a keen darts player and his son would often get his son involved when practising at home. Now 18, Barry admits:

“My dad had a board in the house and when I was about four I started playing with him. When he was finished I would grab the darts and go back on the oche. “Dad was a good player, it was just a hobby for him and he would throw down the pub. Probably good enough to compete on the challenge tour back then but when he broke his ankle he never got back into it.

“I loved watching Phil Taylor. Growing up it was him and Adrian Lewis who were my favourites. I enjoyed watching Adie progress.”

It was no surprise to see Keane making waves on the circuit and in 2017 he reached the final of the World Boys Masters. The likes of Stephen Bunting and Jeffrey de Zwann had all lifted the trophy but the boy from County Meath was beaten by German Nico Blum. He fell at the final hurdle the following year too, this time defeated by young Dutchman, Jurjen van der Velde but in 2019 Keane made history as the only player to appear in three consecutive finals. It was third time lucky as he defeated Charlie Manby to finally claim the title. Reflecting with pride, Barry says:

“I knew I was playing well all day. When I got to the final I was determined not to lose this time.” By now many were touting this young wonder kid from the Emerald Isle as a future World Champion. In December 2019, Keane made his debut on the hallowed Alexandra Palace stage as he faced the experienced Vincent van der Voort. Unfortunately the occasion got the better of the young Irishman and he lost 3-0. Looking back on the experience he said: “The draw wasn’t too bad. Vince wasn’t on form and I knew if I could beat him I would have Chizzy next but I wasn’t prepared that day. “I was late getting to the venue as I didn’t account for how much time it would take to do interviews and photos. When the match began I didn’t feel 100 per cent ready then the crowd started booing Vince to get behind me and no player likes to hear that.”

However, disappointment was shortlived as he returned to the same stage a few days later to claim the JDC Youth Championship defeating Czech, Adam Gawless 5-3 in the final. He added: “The match against Vincent really helped me. I knew what to expect from the crowd and just went up and played my darts. There were less nerves because I had been there recently and could see Adam wasn’t settling in as quickly. In the end I was delighted to get the win.”

The day was made even more special as it was the one-year anniversary for himself and his girlfriend Barbora. She was over from her native Czech Republic for Christmas to see Barry lift the title. They had met in Hungary in 2016 at a darts event and romance blossomed for the pair. There was disappointment in Q-School at the start of 2020 where Barry missed out on a PDC tour card when former BDO World Champion, Scott Waites beat him 5-0. However, from success breeds success and a month later Keane was at it again winning titles, this time in the Lakeside World Youth Championship against the reigning champion Leighton Bennett. Barry said:

"I recall Leighton wasn’t playing that many events coming up to the tournament and had pulled out of a few. I settled really well and took the first set. When he missed darts to level things up I took advantage and at 2-0 felt very confident in winning the match.” And win it he did 3-0 with an impressive 93 average. Heads that weren’t turning before were certainly spinning now.

The boy nicknamed Dynamite had exploded onto the development tour and eventually claimed his two year PDC tour card by finishing  runner up on the order of merit.

There are some exciting young players coming through the ranks now and very capable of doing damage against the big boys. Keane says:

"Bradley Brooks is seriously talented. Every time I’m up against him we have an amazing game and bring the best out of one another. He has so much talent and will do very well. “Ted Evetts is another one to watch. He is now playing much more consistently and has a good management stable with a lot of experienced players who will help him.”

Barry hasn’t been short of offers on the table but prefers to look after his own affairs for now. He added:

“My girlfriend Barbora and my parents take care of that side of things for me. At the moment it works just fine for us and Gary Plummer at Target has kindly offered any advice and guidance if I need it. If the pressure gets too much and it’s financially viable in the future then perhaps I would consider looking for full time management.”

Next up for Barry is a return to the World Championship where he says he will be ready this time. He said: “I now know what it is all about and my preparation will be much better. I always have butterflies before any big game but I know the occasion now and it won’t be quite as overwhelming as last year.

"My consistency is much better than it was a couple of years ago. I am confident if I play my best game I have a chance against anyone. “The way things are right now numbers are limited to who can travel to events with you. “I rarely go on away on my own but may have to. I always pack my laptop to watch TV and movies and may start taking up Playstation too. It is important to have plenty of things to keep me occupied. “It will be tough. But I am not in it just to make up the numbers and after two years I hope to be in the top 64, qualify for as many television events as I can and push on from there.

“I believe in my own game and am able to put it up to the best. I need to put the effort in and take the chances when they come"

We look forward to checking back in with Keane to see how he feels his first years as a Pro Tour player has gone. 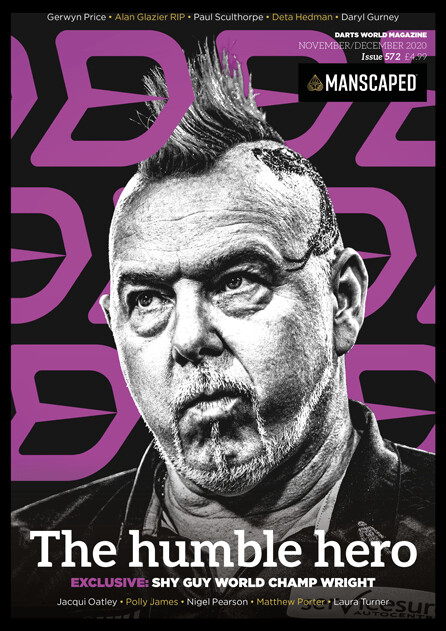