For more than two decades the UK dominated the game of darts. That was until a 27-year-old from Ontario in Canada walked through the doors of the iconic Lakeside Country Club a virtual unknown and burst out as the 1994 World Champion. That man’s name was John Part.

Darts World's latest Legends Legacy sees Paul Woodage speaking to the popular Canadian about his playing career, the notorious split, commentating and punditry, and the current North American scene. Their full, wide-ranging conversation can be read in full in the latest edition of Darts World (574) below is a flavour:

On winning his first World title:


“My win did garner a fair amount of television and print media attention initially but that died down quickly enough. I would say the net result on mainstream Canada was negligible"


On crossing to the PDC and defeating Phil Taylor to claim a second World crown:


“On a smaller level, the personal satisfaction of finally overcoming and beating Phil Taylor, the man who was clearly the finest player ever by far at that point was fairly overwhelming."


On the current North American darts scene ( and a little on the USA v Canada rivalry?)


“Jeff Smith’s pedigree has shown itself consistently for many years now. Unfortunately, Matt Campbell missed out on becoming the sixth Canadian to obtain a PDC tour card through the recent Q-school. I'll allow myself a bit of friendly rivalry with the Americans and note we are a little ahead in that category."

“Commentary and punditry was never a plan. I've tried to make the most of opportunities as they come along, and commentary is one which I do enjoy quite a bit. The one thing it can't give is the buzz of playing yourself."

So after ruling himself out of a return this year due to the restrictions, will we see a big comeback from the three-time World Champion from Canada and PDC Hall of Famer in 2022?

For the answer and much more in this fantastic feature piece grab your copy of Darts World 574 (click below): 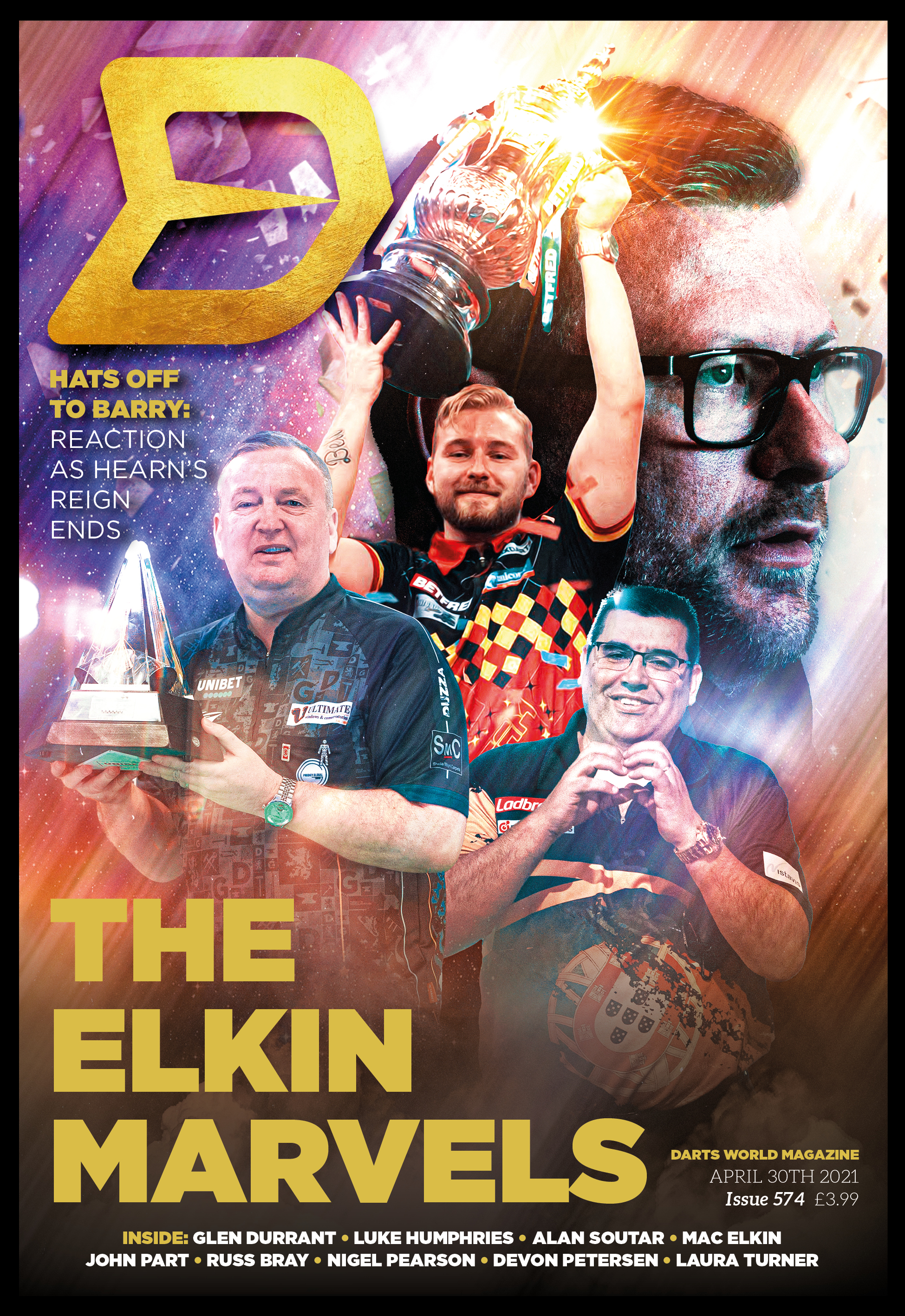