Congratulations are in order for long-serving darts photographer Lawrence Lustig after a photograph of Chris Dobey taken during the World Grand Prix has received a medal in the 14th International Colour Awards.

Lustig who has also kindly assisted Darts World on many occasions captured the image during the 2019  semi-finals against Michael van Gerwen in Dublin.

The photograph (below) is a treble-exposure capturing Dobey throwing a dart, and received a medal in the Sports category at the prestigious annual International Colour Awards under the headline "The Dartist". 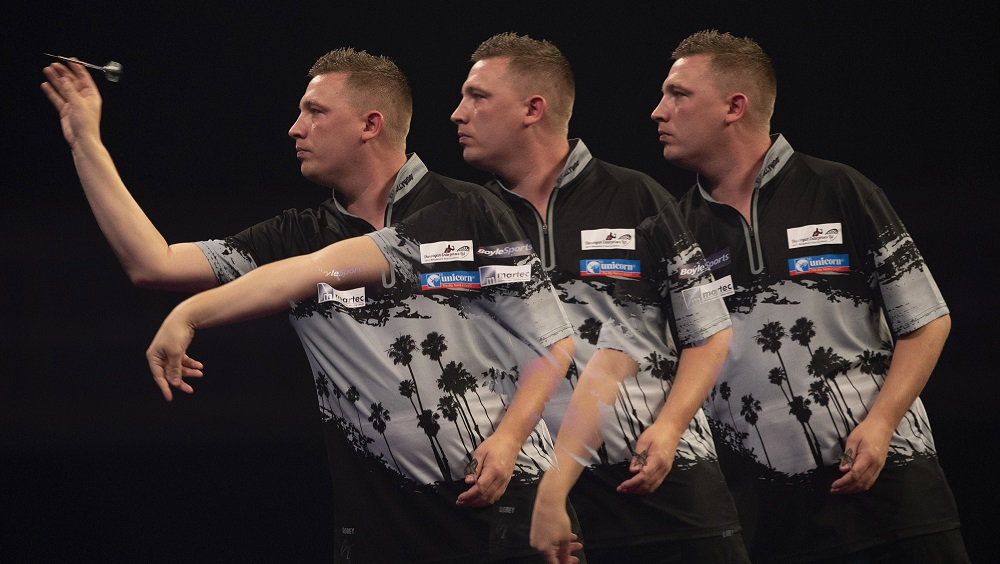 Lustig also received medals for photographs in the Silhouette and Children of the World categories in this year's awards, and his work in darts has previously seen him nominated for the Sports Photographer of the Year award at the Sports Journalists' Association's annual ceremony.

Recognition for Lawrence will be well received in the darts community and we wish Lawrence continued success.