MAD has moved swiftly to capitalise on the impact gained from the recent Contenders Series Finals. The five title evening attracted widespread attention and coverage from media despite the action clashing with part of the PDC's World Matchplay.

Other than the many ranking points to be gained, and the announcement of more and more affiliated events, they also seem to have recognised some of their internal talents and recently announced the promotion of England Falcons Super Regional director to we new role where he can have a wider impact. The announcement read:

Alan Hodgson has been promoted to the new role of Senior Super Regional Director. The England Falcons area has taken off under Alan’s direction and he will now be able to offer assistance to the other 15 areas.
Alan’s first task will be to develop a MAD Tour title across the super regions. More layers of the MAD structure are being secured laid down week by week.

Those familiar with Lancashire and Greater Manchester amateur darts will be familiar with either Alan, his FATAL darts promotions, or both. Not only has he managed to bring off many events whilst under varying restrictions but he is also responsible for the roaring success of MAD and the England Falcons in his super-regional area.

Alan has gained the buy-in of many well-known players and organisers from the area and will soon be passing the fruits of his knowledge onto the other 15 Super Regional Directors.

The mentioned super-regional tour title seems a logical and interesting development and we watch closely for the details. It was noticeable at the  Botanical Gardens evening that some of the local matchups and players received a superb reaction and produced dramatic clashes on the night.

One thing is for sure if Alan is involved it will be achieved quickly, efficiently, and with the minimum of fuss or unnecessary frills. 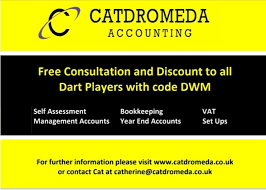