MIGHTY Michael van Gerwen admits he wants to “do better” after needing to grind out a win over Brendan Dolan. 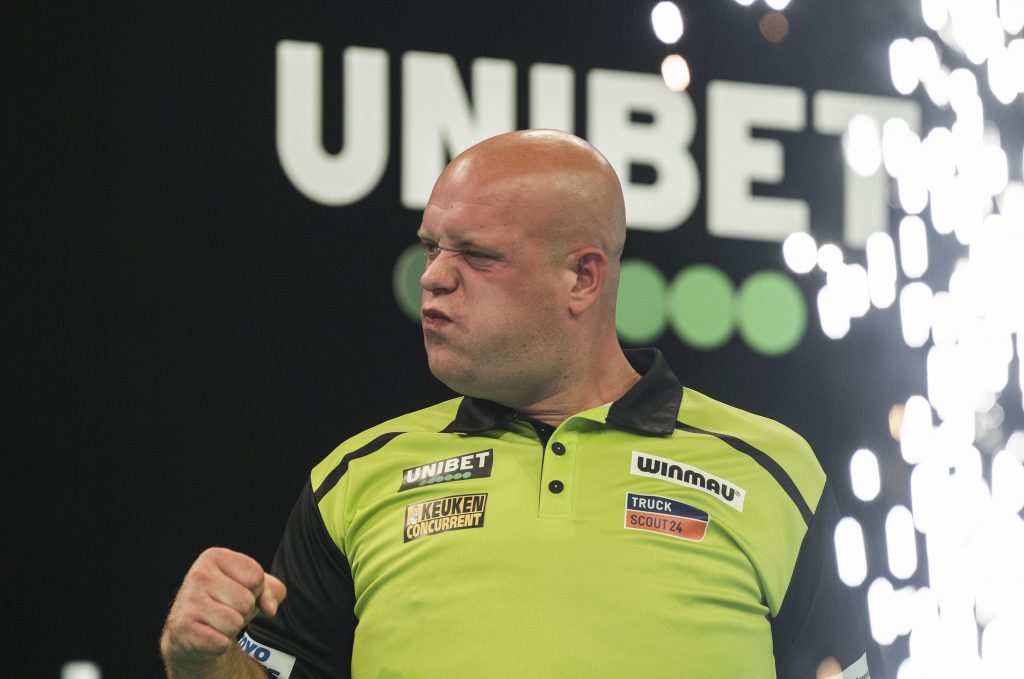 The dynamic Dutchman needed to dig out a tight 10-7 over Dolan in a really early Betfred World Matchplay scrap.

But MVG was defiant after the clash that he will find his A game before facing Simon Whitlock in the next round on Tuesday.

“I can’t really complain. I shouldn’t have put myself in this position.

I put too much pressure on myself."

I should have relaxed more in my game. I want to do better than that.

“I can only blame myself. Brendan is a good player. His type of game wasn’t playing on my mind. His game is like that. You know you have to deal with it.

“If you don’t deal with it well then you can have a problem. I shouldn’t have put myself in that position but I’m not a robot, I’m a human being.”

Van Gerwen was clearly affected by the different setting at the Marshall Arena in Milton Keynes but feels he will be ready next time out.

“It was a bit strange, a bit weird but I can’t complain because the setting looks phenomenal and professional.

They did a great job to even get this tournament on."

“I’ve got a very good record against Simon. I know if I put the pressure on him he will fail. You only thing now is it’s up to me to do it. Keep the pressure on his shoulders and keep him missing. I have to do that, it won’t be easy but I’ll look forward to it.”

MVG has previously admitted that not being tested harder on the way to the World Championship final cost him dearly.

But this was definitely a tricky early encounter with Dolan.

“Maybe it’s a good thing, this will give me more energy and better for me for the tournament."

It makes me angry and if you make a mistake you won’t do it again.

“Simon is a totally different player to play against, I know exactly how to play him. Is he going to play as well as Brendan, I don’t know yet.

“But I know for sure I’m not going to play worse than this. I need to make sure I’m capable of doing that."

I’ll get some rest and make sure I’m playing my A game on Tuesday again.”