OUR first winner of the Darts World & Toff London 'Amateur Award' is Lancashire’s Rob Rickwood. Considering that open events, singles leagues and other forms of grassroots darts are yet to be fully operational the competition was very stiff indeed.

Darts World received nominations and recommendations from across the United Kingdom for darting excellence in open knockouts, round-robin events and even qualifiers for ‘greater things. But it was Rob who stood out to our panel. The 49-year-old collected a Fatal Darts open event before coming through a tough qualifier to become one of four MAD qualifiers for the Live League. Rob acquitted himself well as a qualifier for the MODUS event and eventually played himself through to finals night.

The 49-year-old from Burnely has been playing darts since he was just 7 years old but is enjoying one of his most successful spells. It's not his first though, Rob who works for Curry's PC World has won many local events over the years, even hitting two perfect legs in the same Premier League (Beechwood Club). During this time he has been fortunate to have the support of his employers and many local businesses.

We look forward to catching up with him soon to learn much more.

Rob will receive a superb TOFF watch (as pictured which will be personalised in a unique way). More than one person mentioned Rob to us and a draw will be held for the nominator's prize. As it’s our first Amateur Award he or she will receive a copy of DW 573 signed by World Champion Gerwyn Price. 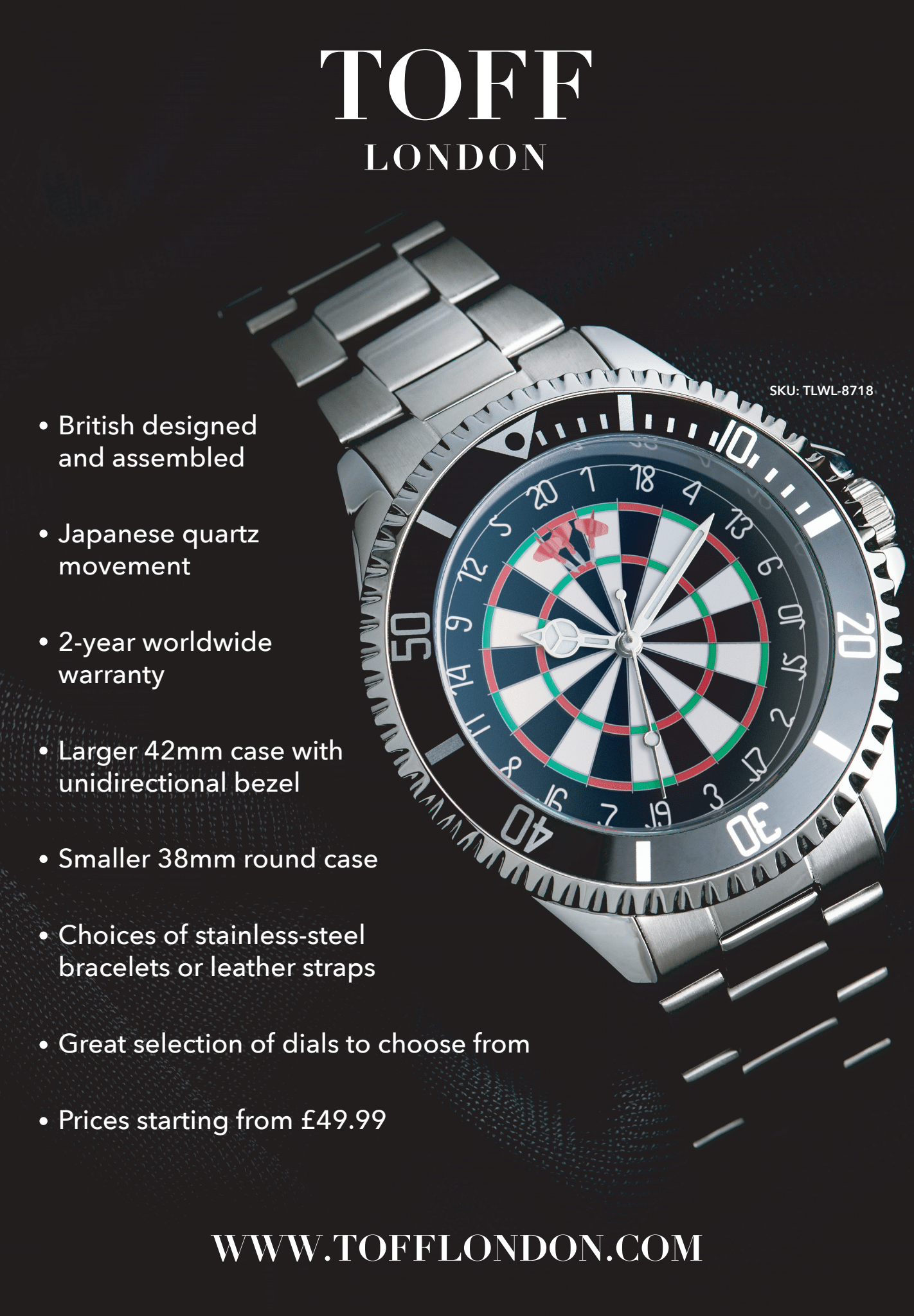 Special mention should be made of the efforts of Brian Dawson who was impressed with several knockout wins and Shaun McDonald who performed so strongly in the Online Live League.

Don’t forget to drop us a line, via social media, with any impressive performance by an amateur player between now and our next issue. Both of you may benefit from your acknowledgment of great darts!

Fancy giving something useful as a winner's prize in your event? Need a gift for a darting relative?
Check out darts themed items at tofflondon.com