We have been asked to conduct testing and reviews for weapons of two of the hottest properties in world darts at the moment. The tests are ongoing but being as interest in Jose de Sousa and devon Petersen is at a peak right now we thought we would offer some initial reaction.

For many years the design and manufacturer of darts were a UK and European dominated business. The last decade has seen a dramatic rise in the visibility and influence of a wider range of companies and influences. Some successful player selection has seen these brands represented at the highest levels.

Jose de Sousa capturing his first major and Devon Petersen's triumph on the 'European Tour' illustrate that Japanese brands, such as Trinidad, have made great strides. Both are still going strong in the World Championships as we write: 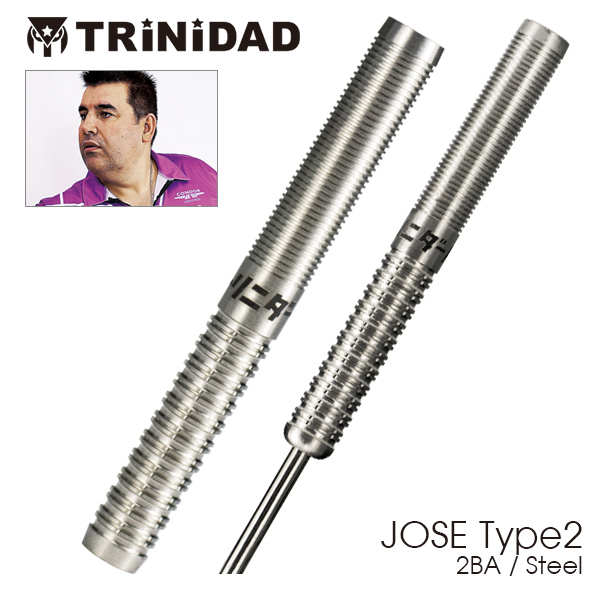 Jose's (Type2) design is a superbly manufactured parallel duo grip barrel that could be classed as the 21st century 'Bristow Barrel'.

The upper grip zone is a fine ring grip for maximum feel whilst the lower zone is double cut ring grooves for a feeling of control. Light grippers may be especially fond of this combination.

The 55mm length is unusual (for an 18g dart) but suits a direct, method player such as Jose. the 6.2mm width is within standard parameters and feels good in the hand. 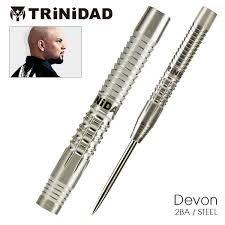 Petersen's weapon of choice is a more complex dart but built around more conventional dimensions. The bulk of the 50.8mm x 6.2mm barrel is straight but with a short taper toward the point. the barrel contains three specific grip zones together with centre and stem blanks. 21.8g is a median weight.

Trinidad has given give the upper section the aggressive advantage of the shark grip but reduces the 'sticking' possibility to allow comfortable release. The lower section has double rings interspersed with vertically cut sectors. The nose taper has a micro shark grip added to ensure correct finger placement. Technical but useable by most.

As can be seen from the above descriptions both players have designed and commissioned technical barrels with unusual or unique traits. No detail has been overlooked to maximise their own preferences and abilities.

Combined with the AXE flight and stem system, that both players use, the end product is a fully personalised 'tool of their trade' that also suits a wide cross-section of 'normal' players.

Although both players are renowned for being supremely talented and being amongst the most dedicated, it may well be that their equipment helps them maximise their strengths and gets them an extra % point or two when it really matters.

Full testing results and extended reviews will be available in our 'Choose Your Weapons' area early in 2021.

Darts World Debate: Should darts be in the Olympics?

As our sport develops into a global phenomenon why should it nor be considered?