Choose Your Weapons: The Milestone

Recently released by DartsGB, the All Things Darts 'The Milestone' is the first set directly produced by the Enfield-based darts store. The barrels have been designed and manufactured in collaboration with the 'All Things Darts' Facebook group (ATD), which boasts an impressive membership of well over 27,000 darts fans from all over the world.

This review has been split into five key areas. In each section, I'll focus on a different part of the review, whether it is the dimensions, setup, my personal experience while using them or where to purchase, in order to provide you with comprehensive coverage of these fantastic darts.

'The Milestone' darts are produced in both 22g and 24g, with both weights sharing near-equal dimensions. The 22g barrels are 53mm long, with a 6.5mm width at their widest point (at the centre of the barrel), whereas the 24g barrels are 54mm long, with a maximum width of 6.7mm. Towards the point, the barrel is just 4mm, which allows for a smooth transition when using tapered points, such as Target Storm or Voks Tornado. The rear of the barrel is 5.9mm, which, much like the tip of the barrel, allows the barrel and stem to meet without the need for a lip. The grip itself spans 31mm, which begins just 2mm from the point. The rear 21mm has been left completely smooth, with laser engraving for the 'All Things Darts' logo. Both weights are produced using a 90% tungsten billet, which combines a high level of density with a high impact tolerance.

The barrels themselves closely resemble that of the old Unicorn Paul Lim darts or even the current fallon Sherrock model, in which the barrels slowly increase the width towards the centre, before an early taper back down to the point. With all of the grip being focused towards the centre and front of the dart, 'The Milestone' darts unfortunately exclude a large percentage of darts players, including myself, that hold the dart from the rear. The grip itself is of a relatively high level, reminiscent of the purist grip found on the old Phil Taylor style darts, and the modernised ring grip as seen on the darts used by two-time World Champion, Gary Anderson. Thinly cut, the grip provides a coarse feel, as opposed to a 'sticky' grip, which allows for a smooth, unhindered release.

Arriving in a simple plastic packet, the darts are accompanied by a set of 'All Things Darts' flights in No. 2 shape, as well as a set of intermediate black nylon stems. The setup is completed with a set of 32mm black points, which allow for a high level of grip when thrown into the board when compared to silver counterparts. No springs are provided with the stems, which will mean they will be more susceptible to damage when contact is made with another dart. I personally hole punched my flights, before adding a ring, which locked the flight in place and protected the stem.

One thing I'd recommend is to take advantage of DartsGB's repointing service when purchasing these darts, as I feel the barrels would benefit from a longer point. The long taper allows for extremely close grouping, and by extending the length of the point, it would leave a greater percentage of the treble bed open to maximise scoring potential. 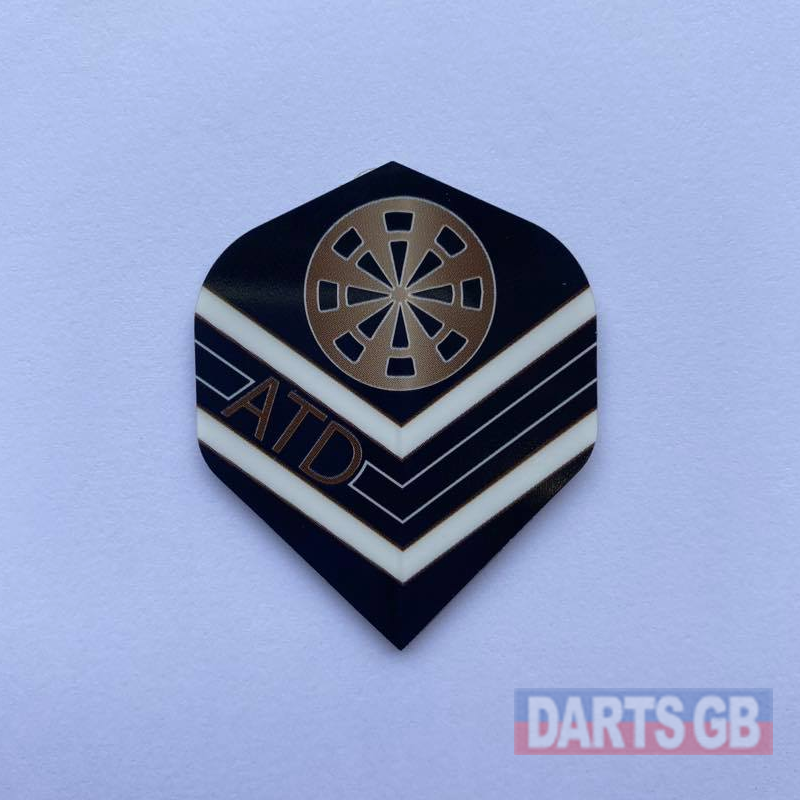 While, as I previously stated, these darts do not suit me as a rear-gripper, I did enjoy moderate success while using them. By holding from the front with a finger on the point, I was able to stack the darts, using the thicker central section as a guide. While my throwing style encouraged deflections, ultimately the darts flew straight and on target. I was pleased to note that, even after a few hours of rigorous testing, the darts had barely registered a mark - very high praise, given the grip is almost entirely placed in a 'high impact' area.

'The Milestone' darts are exclusively available from DartsGB, and are priced at just £32.95, with 10% of the cost being donated to a charity of 'All Things Darts' choice. As well as the darts, DartsGB sells replacement points and stems, as well as a vast selection of flights for when the supplied setup requires replacing.

I'd like to say a huge thank you to DartsGB for sending these fantastic darts out for what I hope will be a long line of reviews.